In 1959, The Newcastle Legionaires basketball team won the Maritime Intermediate Championship. The next year they captured the New Brunswick Senior “B” title; the highest level of basketball in the province at that time.  This capped an era of dominance for Newcastle basketball teams, who captured seven provincial championships including three high school titles.

Several members of the ’60 Legionaires team played on the 1953 high school championship team as well as two midget championship teams.  Many of these went on to serve the Miramichi sports community as coaches and officials. 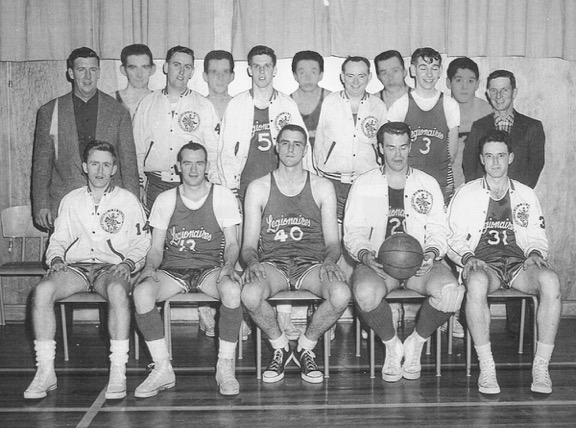