The Miramichi Sports Wall of Fame is established to recognize and honour those whose achievements in, or contributions to, Miramichi sports are deemed worthy of special recognition. 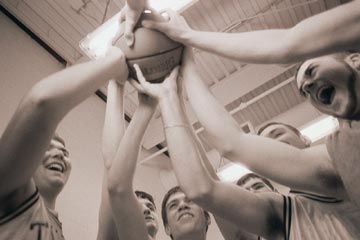 Individual athletes, builders, and teams shall be the three categories of membership in the Miramichi Sports Wall of Fame.

Athletes, to be eligible for election, must, normally, have concluded their careers as active players for a minimum of three (3) years, or have reached their fiftieth (50th) birthday. Exceptions to this rule are possible in the cases of athletes whose prominence, skill, achievements, and contributions are obviously worthy of immediate recognition.

Teams are deemed eligible for election after a waiting period of three (3) years following their noteworthy achievement or distinction. Teams may have members who are still active participants in their sport.

Builders may be either active or inactive at the time of their nomination.

Miramichi residents who are honoured members of provincial, national, or other municipal Walls of Halls of Fame will be given special consideration for early induction to the Miramichi Wall, but the regular nomination procedure must be followed.

Nominees may be living or deceased at the time of their nomination. Individual candidates may be nominated as an athlete or as a builder but will not be considered in both categories concurrently.

The members of the Board of Directors have discovered, over time, the names of many Miramichi men, women and teams that played prominent roles in sports locally, nationally and internationally in the first half of the 20th century.

In many cases we had access to pictures and records of these legendary builders and athletes, but it was unlikely they would ever be inducted to our Wall of Fame. All are deceased and many had moved away to take new employment opportunities, raise families and contribute their talents to new communities. No one was left on the river, after these many years, to nominate them.

To address the situation, the Directors established a subcommittee of the Board to research records and pictures as far back as the late 1800s. The Pioneer Committee will present its recommendations each year to the Board until we are satisfied that all the past legends of Miramichi sports have been duly recognized.

The first Pioneer was inducted into the Miramichi Sports Wall of Fame in 2014.

To be considered for election, candidates must be nominated on the official nominations forms. Nominations may be made by individuals, teams, or governing bodies, and must contain complete and accurate information concerning the record and merits of the candidate.

The nomination deadline is November 15. Nominations received after the deadline will be considered the following year.
Forms will be available at the Lord Beaverbrook Arena and at both Credit Union branches and at http://www.beaubear.ca/. Forms may also be printed off this web site from the Nominate/Apply page. Nomination forms can be mailed to: Miramichi Sports Wall of Fame, Box 353, Miramichi, NB, E1N 3A7, or handed in to Board members.

Nominations will be considered for three consecutive years. If the nominee has not been elected, after the third year the nominations will be declared inactive, but may be resubmitted following an additional two-year waiting period.
Selection:

Candidates for induction shall be selected on the basis of:

An induction ceremony shall be held annually on a date and at a location to be announced. Every effort shall be made to ensure consistency,
continuity, and similarity in the ceremony, from year to year. At the discretion of the Board of Directors these Rules and Regulations may be waived, amended, or modified, as required in special or extraordinary situations or circumstances.