The Douglastown Combines captured the Maritime Intermediate Baseball Championship in 1964.  The road to attaining Intermediate baseball’s highest achievement went through several talented teams including the Chatham Head Tigers, the Chatham Ironmen,  the Bathurst Jets, Saint John, and culminated with a victory over the Antigonish Bulldogs.

The Combines were a colorful, close-knit group who displayed a singularity of purpose and a comradery second to none.  They were led by the legendary Walter Vautour, Pat Chambers and wily coach Charlie “Crackerbarrel” Driscoll.  These three were the personification of a commitment to the game of baseball and their communities for many years prior to this championship year. 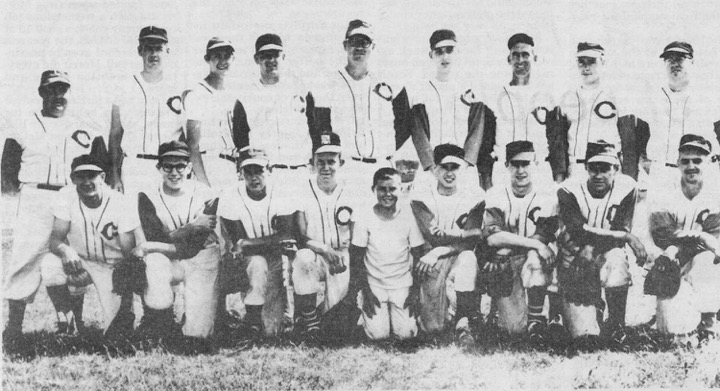