Brian King is recognized for his achievements as a baseball and hockey player. Brian became a senior baseball player, at the age of 17, with the Chatham Ironmen. He was recruited, at 18 to play with the Moncton Keefe Cubs at the national junior tournament in 1968, and again the following year, he played with Moncton, helping the 1969 team to a bronze medal. Brian played on five provincial-championship Ironmen teams, and his pitching and hitting were often instrumental in leading the Ironmen to victory in key games. In 2000 Brian was inducted into the New Brunswick Baseball Hall of Fame.
Brian also had an outstanding hockey career, primarily with Chatham intermediate and senior teams, and he was noted as a hard-nosed, rugged player, who also displayed a deft touch around the opposition’s net.
Following his playing days, Brian became a respected hockey referee and a respected city councilor in Miramichi, but his achievements as an athlete are well remembered by his peers and fans of Ironmen baseball and hockey. 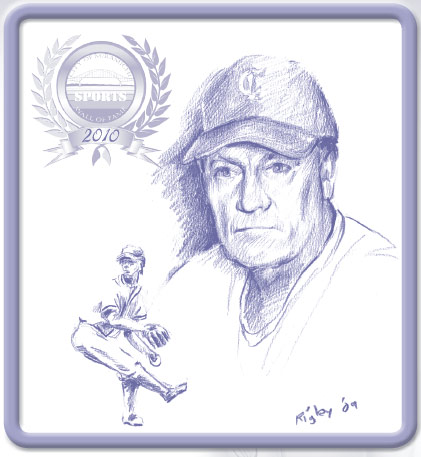