You will probably not find Darlene O’Donnell’s name on a plethora of athletic trophies, citations or awards. Nevertheless, she has been invaluable, “behind-the-scenes”, to the Miramichi sports and athletics community for more than 40 years.
Darlene is the ultimate Secretary-Treasurer. Quiet, unassuming, intelligent and tireless, she has been connected to many of Miramichi’s most successful athletic organizations. She completes her tasks in a humble manner expecting little or no recognition.
Darlene performed secretarial work for the Chatham Minor Hockey Association from 1975 – 1995 while also serving as Secretary for a number of Provincial and Atlantic championships in Miramichi. She has provided secretarial support for the Miramichi Rivermen since 1996. She was also a key contributor to Napan Minor Baseball from 1979-86.
She has been a indispensable asset to the Chatham Senior Ironmen, serving as secretary from 1991-present. She has served as secretary for the National Baseball Tournament Boards in 1995,1999, 2011 and 2015. She chaired the Beer tents for the tournaments in 1999 and 2011 and has performed countless other tasks during her 25 year tenure. She also served as Secretary-Treasurer for the NB Senior Baseball League from 2003-2008.
An avid curler, Darlene received the Nint Anderson Memorial Award for “Most Sportsmanlike Curler” for 2008. She served as Club Secretary for the Chatham Curling Club from 1983-87.
Tonight we will move Darlene O’Donnell from behind-the-scenes by honouring her with an induction into the Miramichi Sports Wall of Fame. 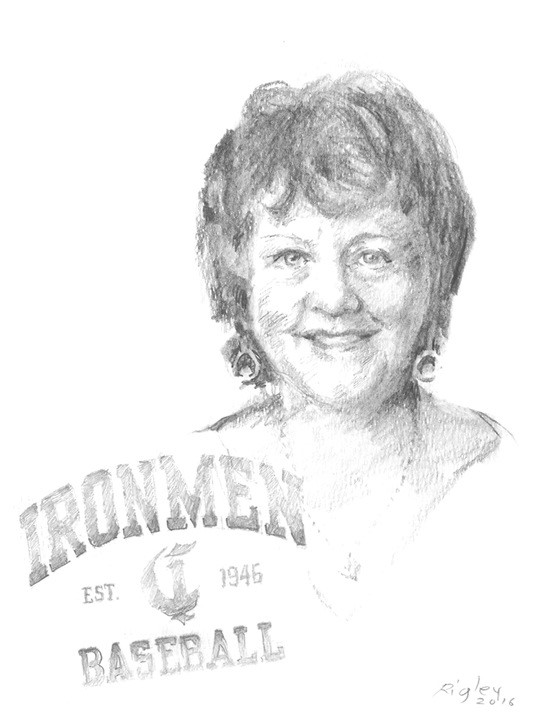