David Godfrey was a rare “five-tool’ baseball standout. He was once described as an ideal third baseman; big, strong, quick, sure-handed, intuitive and fearless. He was a middle-of-the-order slugger who had a penchant for coming through in the clutch. He was also a dominant right-handed power pitcher.
His baseball roots began in the Napan minor system along with future Major Leaguer, Jason Dickson. Together, they formed a dynamic duo who dominated local, provincial and national circles.
In 1989, David was a leader for the Chatham Midget Ironmen who captured the Atlantic Midget Championship. In 1990, he was awarded the MVP after leading the Ironmen to the National Midget Championship. Baseball New Brunswick honored David the “Player of the Year” award.
In 1991, David, along with 2014 inductee Michael Dunnett, were named All-Tournament Selections as they led the community college of Rhode Island to the New England junior College Championship. He was awarded a scholarship to the prestigious Academy of Baseball Canada in Montreal in 1991-92.
Perhaps his greatest accomplishments came with the Chatham Senior Ironmen in the NB Senior Baseball League. He was an eight-time All Star, and won the MVP and the Best pitcher in 1996. He is top ten all-time in several of the league’s offensive and defensive categories. He was a member of the 1995 Ironmen teams who won the National Senior title in 1995 and the Bronze Medal in Kamloops in 2005.
In 1996 he had a truly outstanding season by any standards, leading the league in hits, runs, doubles, home runs, rbi’s and stolen bases while posting a 6-0 pitching record. As a result of his many successes, David was inducted to the Chatham Ironmen Honor Roll in 2013. 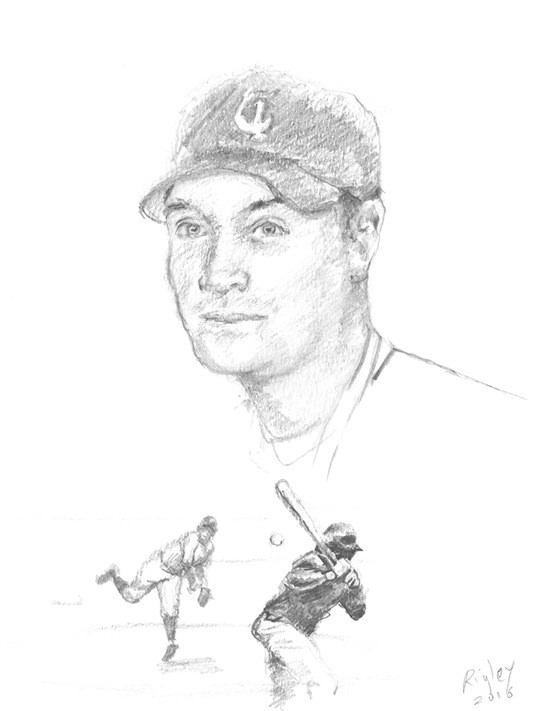