Those knowledgeable in the history of basketball in New Brunswick acknowledge that Frank Galley is remembered still as one of the best basketball players to ever play the game. Not only was he a prolific scorer and rebounder, but his quiet leadership led his teams to success.
Frank began his career in Newcastle’s historic Royal Hall where he honed his basketball skills. He captained the Newcastle Midget All Stars who captured the provincial title in 1947 and the Maritime tile in 1948.
As Frank matured and improved his basketball skills, he began to be noticed throughout the province. He starred for the Saint John “Saint Johns” and the Saint John’s “Marquis Majors” as they vied for national championships. In 1952 his Saint John Atlantics captured NB and Maritime Championships and were runners-up in the Canadian intermediate Championships.
Perhaps his biggest basketball accomplishment came as a member of the Newcastle Legionaires when he led them to the NB Senior title in 1958 and the Maritime Senior title in 1959.
Don Grant, a 2012 Miramichi Wall of Fame inductee, stated that in his 60 plus years associated with the game of basketball, the only other player comparable to “Frankie” was Lee Thomas, the All-Canadian Center who played for the St. Mary’s Huskies. A lofty accolade indeed. 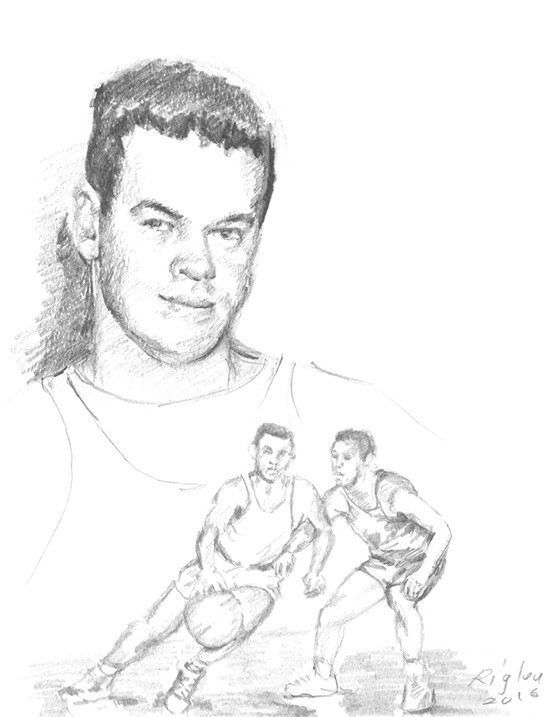