Joe Richard, who passed away only two months ago is to be honoured posthumously. Over a period of nearly sixty years, Joe Richard, excelled in boxing, skating, and as a runner, from 1932 to 1991. He competed in numerous middle-distance and longer events, including three appearances at the Boston Marathon. Joe was never the beneficiary of formal coaching, but trained vigorously and continuously on his own. Over his career Joe has been presented with more than 150 trophies, medals, ribbons, and certificates, and he was recognized as the pre-eminent middle-distance runner in the Maritimes during the 1950s. Surely Joe’s enduring claim to fame will be the longevity of his athletic career. No Miramichi athlete has established a longer or more distinguished record in distance running. 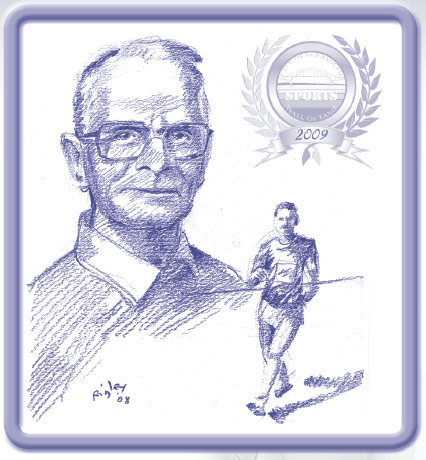