Ken Martin came to the Miramichi area in 1973, following a stellar hockey career at St. Mary’s University in Halifax, to assume the position of Recreation Director in Chatham, and to join the Chatham Ironmen hockey team. “Marty” was an outstanding member of Ironmen teams of that era, winning numerous all-star recognitions and other awards. Also an outstanding baseball player, Ken played at five national championships, winning two bronze and one silver medal as a member of the Chatham Ironmen. Martin is regarded as a great hitter, the consummate two-way hockey player, an outstanding team player, and a team leader. Following his playing career he continued to contribute to his community as both a baseball and hockey coach at James M. Hill Memorial High School. 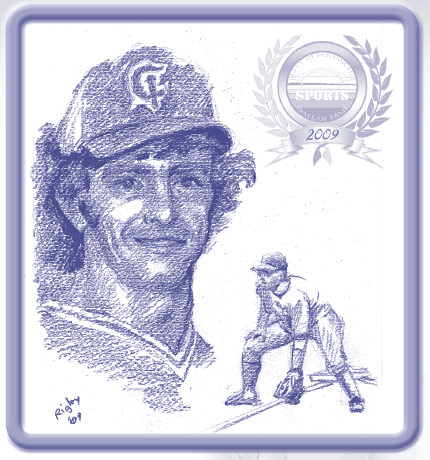