Kevin Burchill is recognized for his achievements in Judo. Another of Ian Barry’s students, Kevin began his mastery of the sport in 1975. By 1978 he had become accomplished enough to win New Brunswick and Atlantic senior championships.
In 1979 he repeated as Maritime and N.B. Senior champ, and also won a gold medal at the Canada Winter Games in Brandon, Manitoba. In June 1980 he won gold at the Canadian Judo Championships at Baie Comeau, Quebec.
In December 1980, Kevin was chosen to represent Canada at the Pan American Junior Judo Championships in Mexico City. He lost only one bout on his way to the gold medal.
Kevin is the holder of a Fourth Degree Black Belt in Judo, and has competed in Canada, the U.S., Mexico, and Europe, winning numerous titles and awards for his prowess in the sport. 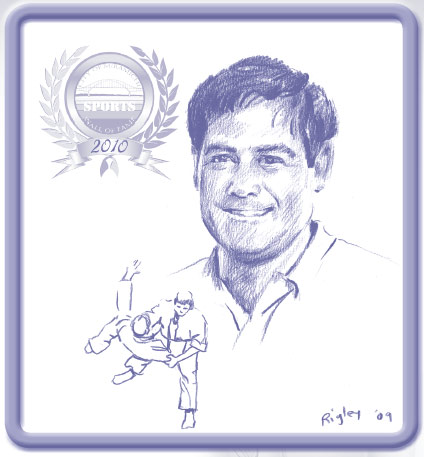