Michal Sokolowski was a gifted sprinter who excelled in track and field competitions from 1979 to 1988.
In 1980 he was the MVP in track and field at James M. Hill Memorial High School.
From 1980 through 1983 he competed for Springfield College, Massachusetts, where he achieved multiple records, which stand to this day.
From 1983 to 1988 he was a member of the Canadian Track and Field team.
His crowning achievement was to compete in the Olympic games. He was a member of Canada’s 1600-metre relay team, which was a finalist in that event on August 12, 1984, at the XXIII Olympiad, at Los Angeles, California.
Mike has achieved world-class personal bests in the 100, 200, and 400-metre events, and will always be remembered as one of the few Miramichiers to have competed at the Olympic Games. 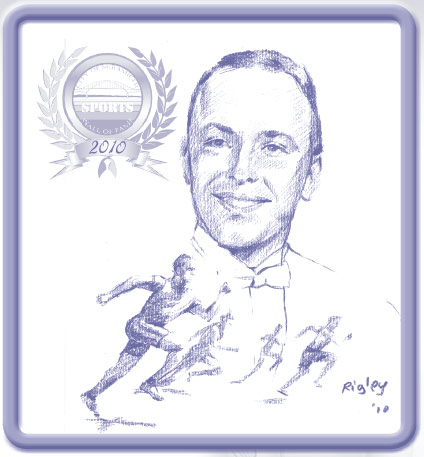