Mike Rutter’s contributions, primarily related to hockey, span a period of more that three decades, beginning in the early 1970s.
From 1972 until 1989, Mike was the head coach of the Chatham pee-wee Penguins. During his tenure the team won numerous tournament titles and were the provincial champs in 1984.
Mike was also a successful and respected linesmen and referee for more than 10 years in the 1970s and 80s.
He served for many years as an organizer, manager, and committee member for the Miramichi Minor Hockey Salmon Tournament and the Green and Gold Cup Hockey Tournament.
Mike’s more than thirty years of dedicated involvement have included volunteer service to the Chatham Recreation Council, the Miramichi Golf Club, Hockey New Brunswick, and numerous committees, tournaments, and events.
Mike was one of fourteen individuals cited for special recognition by Miramichi Minor Hockey as part of the 50th Anniversary Celebrations of the Lord Beaverbrook Arena. 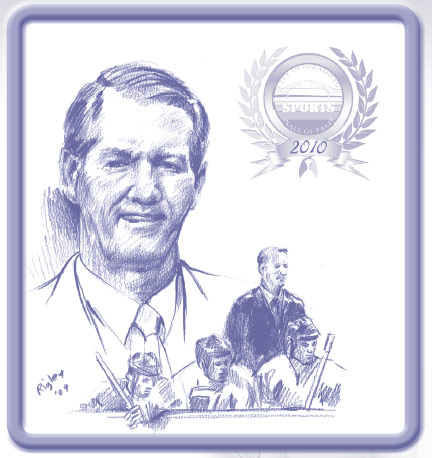