The Napan Braves enjoy a rich history in NB baseball.  Originally formed in 1959 as the Lumberjacks, the team took on the “Braves” moniker in 1962 under the direction of Bill O’Donnell.  This team went on to become the heart and soul of the community, winning their first Intermediate “B” title in 1964, as well as 11 straight Miramichi Valley League championships from 1966-76.

The 1976 Braves were the strongest of these teams, sporting an outstanding 44-4 overall record.  They were solid on the mound led by their ace, Walter Voth and possessed a powerful lineup.  They were young and fast and featured an air-tight defense.

In the Provincial Final, the team rallied from behind in the ninth for the walk-off win.  At the Atlantic Final in Baie Ste Anne, Jerry Hackett pitch 18 straight innings defeating the host team 8-0 and PEI 10-1.  Walter Voth then fashioned a two-hitter to win the final 12-2.

Looking over the character of the players on their roster, it is easy to see why this team was successful.  The team was self-supporting with the players always pitching in to raise operating funds.  Most continued to support baseball following their retirements. 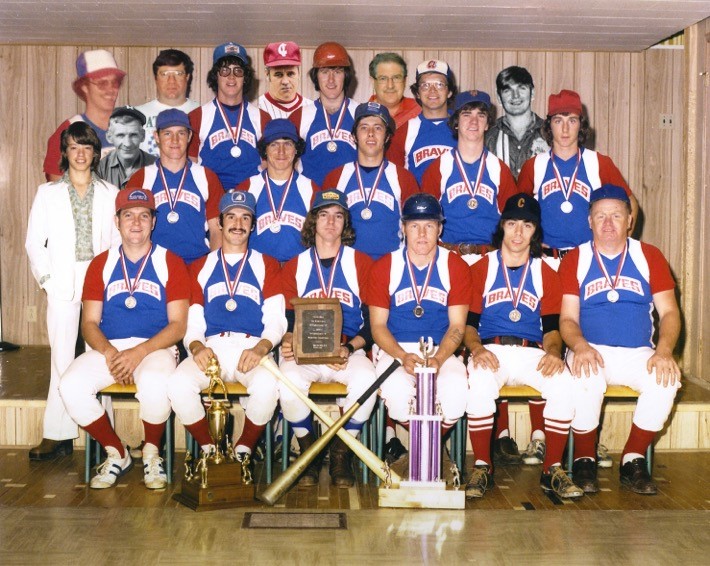