“Hoppy” Dunn, a legendary sports broadcaster, spent the majority of his life promoting sports on the Miramichi and beyond.   He was well known across the Maritimes as the “Voice” of the Miramichi sporting community.  To call Hoppy “colorful” would be a gross understatement.   Listeners have been known to tune in to not only hear the game but also to experience his flair for local color and his passion and knowledge of sports.  His broadcasting built interest and support for sporting events throughout the community.  His opening phrase for hockey broadcasts, (“Good evening hockey fans from the head waters of the Miramichi River to the Farewell Buoy.”) is fondly remembered by sports fans young and old.

Hoppy called the play-by-play for the 1986-87 Miramichi Gagnon Packers and the 1987-88 Campbellton Tigers, which gave him two Hardy cup rings.  He called games for the Truro Senior Bearcats in their Allan Cup run in 1996 and for the 1997-98 Tim Horton’s Leafs in their Maritime Senior Hockey Championship.  He has also called games for the Miramichi Phantoms and from 1999 was the voice of the Miramichi Timberwolves.

His broadcasting skills were not limited to the ice as he promoted a wide variety of sports through his affiliation with the CFAN and CJFY radio stations.  He also covered baseball games for the Newcastle Junior and Senior Cardinals.

Hoppy Dunn has been a lifelong supporter and promo man of the Miramichi sports community and a worthy candidate for the Miramichi Sports Wall of Fame. 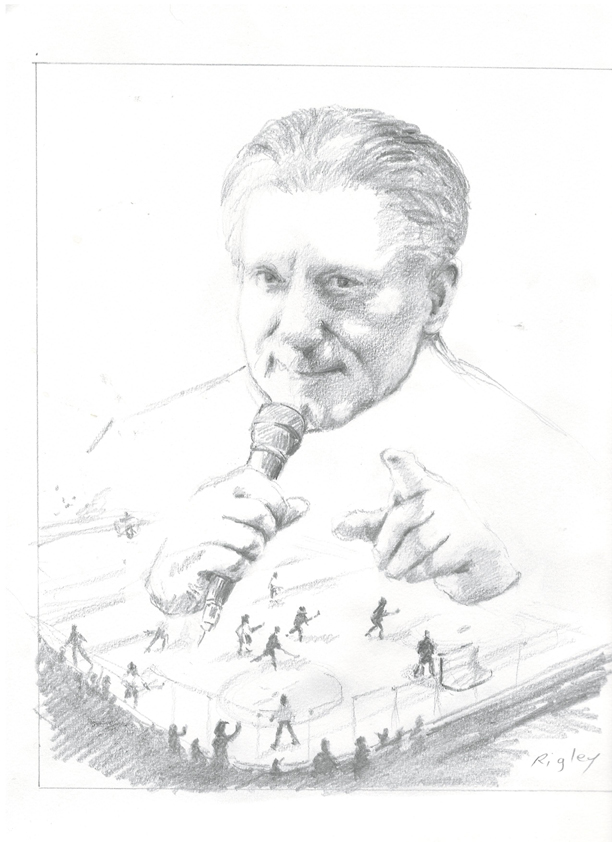