Peter Manderson has been called the “King of the Mound” in the New Brunswick Softball world of the 1960s. He was the recognized team leader as the Loggieville Bisons won the Maritime Intermediate Senior A title in 1964, the Maritime Senior B title in 1965, and the Maritime Senior A title in 1966.
From 1961 through 1969, Peter Manderson pitched 200 softball games, winning 138 and losing 62. He was inducted into the Softball New Brunswick Hall of Fame in 1994.
Peter was also an accomplished hockey player, competing in the Chatham minor hockey program, and at Mount Allison University from 1963 through 1968.
He was Athlete of the Year at Mount Allison in 1968, and subsequently played intermediate hockey with the Newcastle Northmen in the late 60s and early 70s. 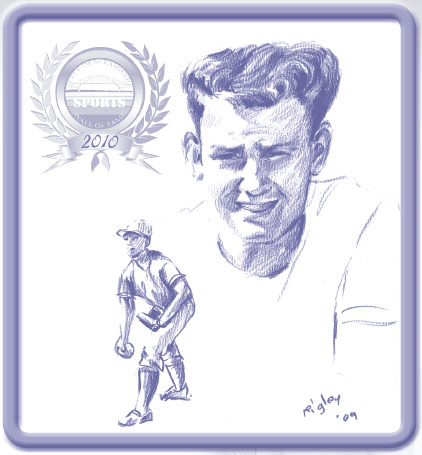