Peter McLean has been referred to as one of the fathers of softball in New Brunswick. For upwards of fifty years he has offered his time and talent to the sport as a player, coach, umpire and executive.
His talents as a coach became apparent as his bantam teams went on to win six Softball New Brunswick Championships. At the senior level, he led the Loggieville Schooners to a Maritime Senior Championship.
Moving to Nelson, he helped propel the midget, junior and senior programs in their climbs to National levels as participants and hosts. He concluded his coaching career leading the Miramichi Fireballs to the Senior Women’s Nationals.
As an administrator, Peter showed himself to be a tenacious leader, planner, organizer and motivator. He served as zone representative before accepting the responsibilities of the Softball New Brunswick Inc. Executive/Technical Director in1975, a position he still holds. Peter was a driving force in the creation and growth of the Softball New Brunswick Hall of Fame, to which he was inducted in 2003.
A teacher by profession, Peter is a total community man serving as the Mayor of Loggieville and thereafter, the Deputy Mayor of the City of Miramichi. 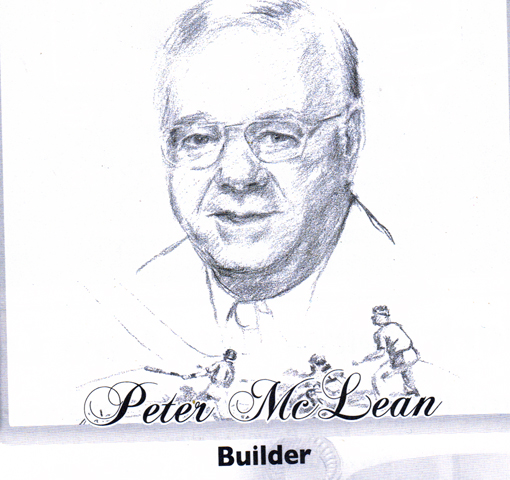