After numerous years of participating in the N.B. Provincial Men’s Curling playdowns, which included two runner-up years, the Stephen Adams rink, with third, Ward McDonald, second, Greg Gallivan, and lead, Roger Gallant, prevailed as N.B. Tankard Champions on February 8, 1988. From there, they represented N.B. at the Brier in Chicoutimi-Jonquiere, Quebec in March 1988, finishing with a 3 and 8 record in national play. Dodie Dickison was the team’s fifth player at the national spiel.
The Adams rink was the winner of numerous cash spiels during the 1970s and 80s, and the members of the rink contributed to their sport by continuing to coach and support the various activities at the Newcastle Curling Club. The rink was a dominant one at the Miramichi Bonspiels in the 1980s, and its members, individually and collectively, represent the best of Miramichi curling. 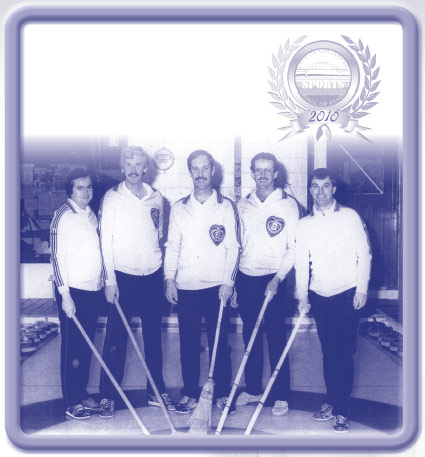