Residents of Chatham, New Brunswick, Anthony Veno (b.1889), Stanley Veno (b.1891), Wilfred Veno (b.1894) and Arthur Veno (b.1896) were a constant presence with Chatham teams engaged in the sports of hockey,  baseball, basketball or rugby for 25 consecutive years after 1910.

Anthony, nicknamed “Ant”, played all his sports on the Miramichi.  He  excelled in baseball (short stop) and  was considered the most accomplished all- round athlete of the brothers. He played into his forties.
Anthony, Stanley and Wilfred’s last year as teammates was 1919-1920. The  latter two joined the Moncton Neptunes for a season before moving on the USA for an eight- year career in the USA Amateur Hockey Association (USAHA).
They split this time between the Boston Westminsters and the New Haven Bears. Boston was billed the best amateur hockey team in the USA and the Canadians, Stanley and Wilfred, were considered the backbone of the club which won the USA “AAA” title in 1921-22.
Stan, alias Shortie, and Wilfred, took up residence in Connecticut. Arthur toiled for the Philadelphia Eagles. He later joined his brothers.   The teams they played for in the USA were forerunners to the American Hockey League (AHL).
Shortie Veno was a prolific goal scorer, consistently the top scorer on his team. He finished  8th, 3rd, and 7th  in the league scoring races in the USAHA in succeeding years of 1923 through 1925.  Stan was invited to the 1921 try-out camp of the Montreal Canadiens .  He was billed as the fastest skater in Maritime hockey that year. Arthur Veno played with championship teams in Chatham in both basketball and rugby before following his two brothers to the USA .
With Art’s departure,  Anthony Veno was left to carry the Veno tradition and reputation after 1925.
The Veno family will long be remembered  for the significant contributions they made to their respective sports and the Miramichi community. 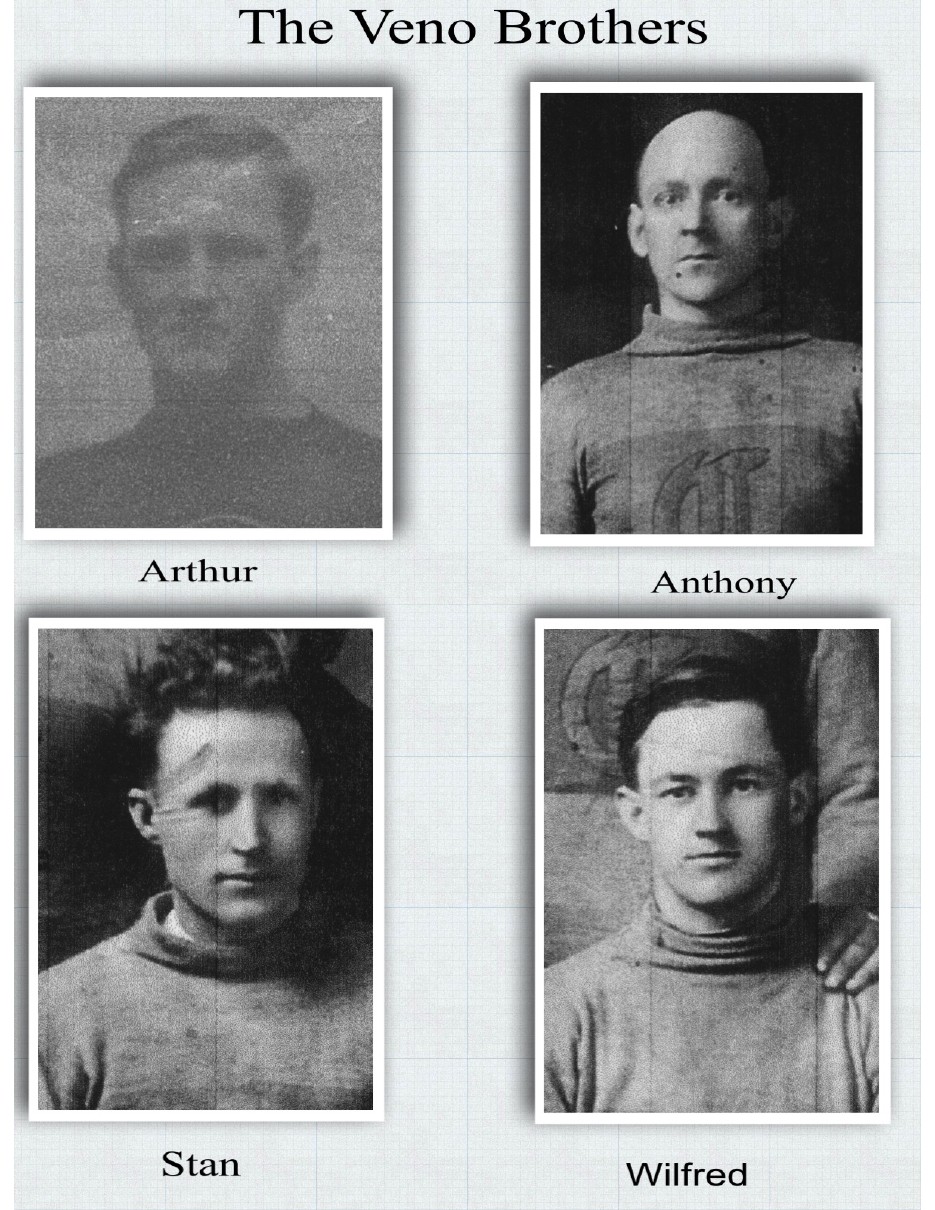